Package deliveries may be delayed due to extreme weather conditions. Email me when available

Leave your email address and we will notify you when the product is back in stock.

Your email address will be only used to notify you of stock information. We don't share your information with anybody else.

(Optional) Join our eufy email list to get special offers and more. 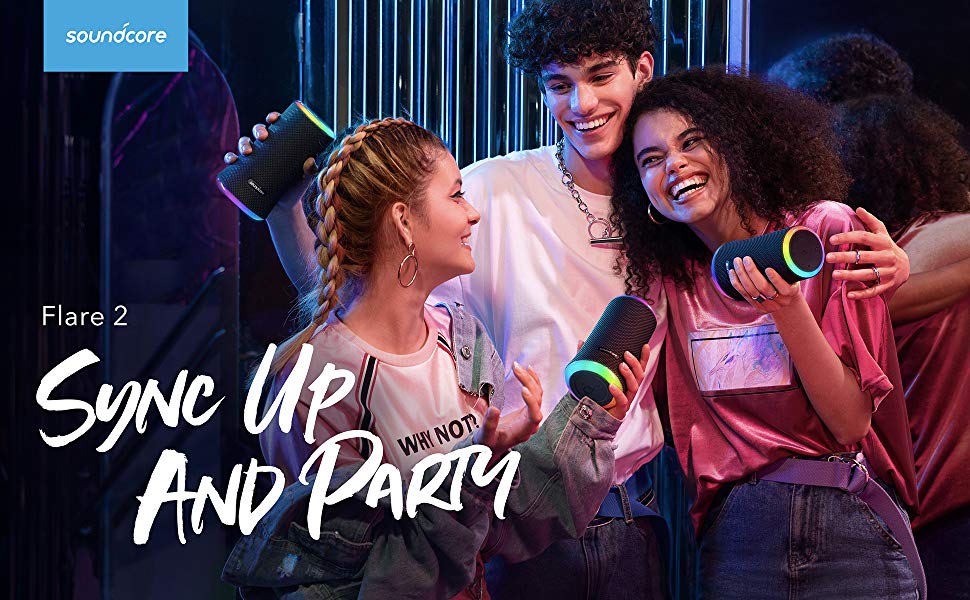 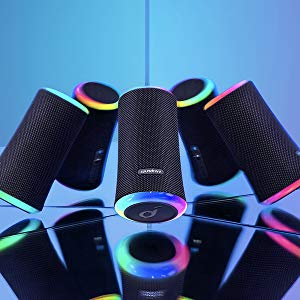 What’s better than a Flare 2 portable Bluetooth speaker? 100 Flare 2 speakers. Sync light and sound across 100+ speakers (via a single device) for unlimited atmosphere in any space of any size. 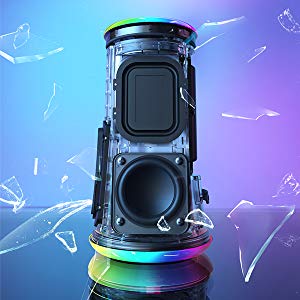 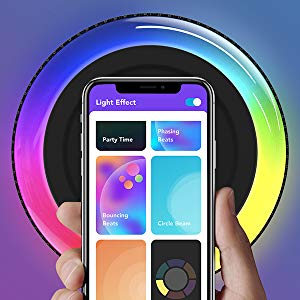 Choose from 1 of 6 lighting modes using the Soundcore app to take complete control of the atmosphere. Get hype at the start of the night and bring on the chill when it’s time to cool off. 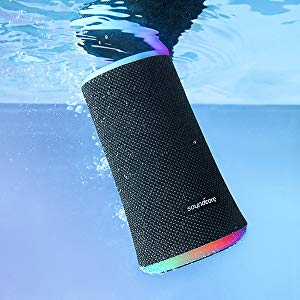 Complete water resistance means that your party stays rocking in any weather. Flare 2 portable Bluetooth speaker can even withstand complete submersion in water. 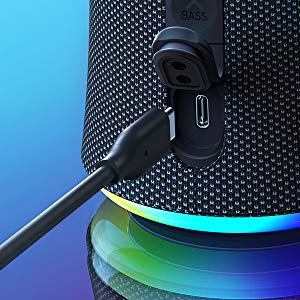 Ultra-compatible recharging that goes from 0 to 100% in just 3.5 hours

I have 2 other similar size speakers and I place this Anker in the middle for sound quality. My JBL Flip 4 is clearer and has fuller bass. This one doesn't sound particularly good out of the box to me, but was made better by tweaking my phone equalizer. I haven't tried its app, but I imagine that would work as well to improve the sound. I find the sound is a bit muddy and it really isn't as loud as the JBL at similar volume settings. I listen to mostly rock and metal with some indie and rap... thus, I primarily don't listen to bass heavy music, however the bass boost feature must be on or this speaker will sound weak.

The battery life with the light function on isn't great, so it requires charging more often if you have the light going. I also haven't had success with using the speaker buttons to advance tracks with Amazon Music. Bluetooth has worked well.

This speaker is much better than my Oontz Angle 3, which has extremely mediocre, tinny sound. I was satisfied with this purchase at the sale price, but wouldn't want to pay eighty bucks for it. That said I got my JBL on a really good sale a few years ago and wouldn't want to pay its current 100+ asking price for how it sounds either. I also listened to a couple of the UE boom speakers at a store and wasn't overly impressed by those.

In sum, I am generally satisfied with this Anker, but not "pleasantly surprised" by anything about it.

We’ve had this speaker for about 5 months and it has been great except for one thing. It can be frustrating getting it to connect to our iPhones via Bluetooth. We don’t have any issues connecting to other devices so hopefully the mfg can offer a fix.

I got this to replace my Bose speaker when I left it somewhere and I really like it. Great sound quality and I love the RBG options with the lights. Battery life lasts a good while and letting multiple people connect to it is a plus. Would recommend!

P
PackAttack
Great for the money

The bass is pretty good. It won't excite you listening to Ice Cube's Ghetto Bird, but if you want to blast AC/DC or Taylor Swift it will do a good job. I just tested Zeppelin's Dazed and Confused and it did well.

I bought one of these and took it to my remote cabin last summer. It is a constant companion while I work outside. I just bought a second one for home and use it while I work, both for music and speaker calls, and then blast it while doing workouts. I'm sure that you can spend more money and get better sound, but for $75 this is pretty great. I bet that several linked up sound close to spectacular. The sound reminds me of how Bose speakers sounded in the 1990s when they came out.